Cardiac Markers: substances released into the blood when the heart is damaged or stressed; used to diagnose various cardiac conditions

Congestive Heart Failure: weakened heart processes that lead to the buildup of fluid in the lungs and surrounding body tissues

Hemoglobin: a protein of red blood cells containing iron and responsible for transporting oxygen throughout the body and returning CO2 from body tissue back to the lungs

Prothrombin Time: a protein present in blood plasma that is converted into active thrombin during the normal clotting of blood

Hematocrit: the ratio of red blood cells to the total volume of blood, typically measured through centrifugation

Colitis: a disease caused by the inflammation or formation of ulcers in the colon’s inner lining

Diverticulitis: a condition developed when there is an inflammation of abnormal pouches found along the wall of the digestive tract

Colon Polyps: a small clump of cells that form along the lining of the colon; can become harmful over time and develop into cancer when found in later stages

Triglycerides: the main constituents of fats and oils in the blood; high levels can raise the risk of heart disease

Glucose: a sugar derived from food that serves as a primary source of energy in the body

Amphetamine (AMP): a synthetic, addictive, mood-altering drug used illegally as a stimulant and legally as a drug to treat those with ADD or narcolepsy.

Benzodiazepine (BZO): a class of psychoactive drugs primarily used as tranquilizers, used commonly for the treatment.

Buprenorphine (BUP): a prescription medication used to relieve the symptoms of opiate withdrawal for those recovering from heroin addiction.

Cotinine: an alkaloid found in tobacco.

Ecstasy (MDMA): a derivative of amphetamine, used illegally as a stimulant to alter mood and perception.

Marijuana (THC): drug made from the dried leaves of a cannabis plant, used to produce euphoric experiences.

Methadone (MTD): a synthetic addictive drug used as a pain killer or as a heroin substitute for those recovering from heroin addiction.

Methamphetamine (MET): a synthetic drug used illegally as a stimulant and as a prescription drug to treat narcolepsy and maintain blood pressure.

Opiates (OPI): a derivative of opium, or sometimes containing opium, used as a sedative or pain reliever.

Oxycodone (OXY): a synthetic drug similar to morphine in its sedative effects and subject to abuse and addiction.

Phencyclidine (PCP): a synthetic compound derived from piperidine, used as a veterinary anesthetic or hallucinogenic drug.

Propoxyphene (PPX): a synthetic compound chemically related to methadone and used as a mild narcotic painkiller.

Tricyclic (TCA): a group of drugs primarily used as antidepressants.

Thyroid Stimulating Hormone (TSH): a hormone produced by the pituitary gland, used to instruct the thyroid to regulate the production of thyroid hormones

Gastritis: a condition caused by the inflammation of the stomach lining

Glomerulonephritis: an acute inflammation of the kidney, usually caused by an immune response

Mononucleosis: an infection caused by the Epstein – Barr virus (EBV), where there is a presence of an abnormally large number of mononuclear leukocytes

Streptococcal: relating to Streptococcus, a bacterium known to cause various infections such as scarlet fever and pneumonia

Amniotic: relating to the amnion, the thin membrane formed around the embryos and fetus

Prenatal Screening: a genetic test used to evaluate the fetus and screen for genetic abnormalities or congenital diseases

Human Chorionic Gonadotropin (hCG): a hormone produced in the placenta and is secreted during the early stages of pregnancy

Bilirubin: an orange- yellow substance formed during the breakdown of red blood cells, that is excreted out of the body in bile

Ketone: a chemical substance the body produces when the blood does not have enough insulin

Nitrite: a group of compounds derived from nitrous acid

Return any of our products–no questions asked–within 30 days of purchase. We even pay return shipping.

Do you ship oversees and to P.O. boxes?

Yes, we’ll ship your package anywhere that can accept deliveries.

Do you have customer service?

Of course! Our friendly and knowledgeable customer services reps are available to answer your questions 24/7/365. Call 800.676.5565 or email info@jantdx.com

What you’ll learn about the Opioid Crisis in America

In this course, you will learn about opioid use and addiction and how it has evolved over time, leading to the current public health crisis in the United States. We will cover all of the following points: 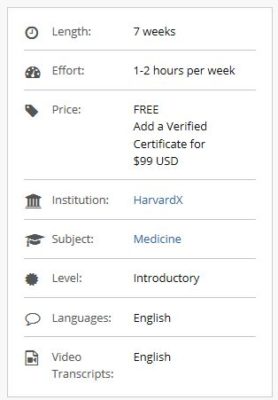 What you’ll learn about the Opioid Crisis in America

In this course, you will learn about opioid use and addiction and how it has evolved over time, leading to the current public health crisis in the United States. We will cover all of the following points:

Learners will grasp safe laboratory practices in an adaptable learning environment, including:

This website uses cookies to improve your experience. We'll assume you're ok with this, but you can opt-out if you wish. Read More